'It Is Unacceptable' - Chelsea Supporters Trust Fume To The Premier League

There remains no kick-off time for the Manchester United fixture in two weeks.

The Premier League have released the dates and times of every remaining fixture leading up to the beginning of the Qatar World Cup; including Chelsea's final match away at Newcastle on 12 November.

Yet the scheduling of the tie against Manchester United on 22 October is still to be confirmed.

The announcement of an official kick-off time continues to be delayed as an ongoing dispute between the PL and its broadcasters over TV slots has prevented them from coming to an agreement. 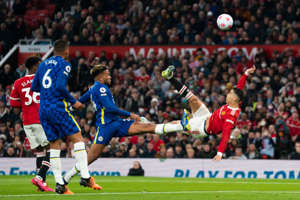 The Chelsea Supporters Trust, which aims to protect the club's fans from this type of mistreatment, has released a statement online detailing the issue and asking for a response from the people responsible.

"It is unacceptable and deeply irresponsible for a KO time not to have been announced for Chelsea Vs. Manchester United on October 22nd," they began.

"We are 17 days away from the match and supporters have been given no information about what time the game will begin. The fixture date was agreed on August 30th. 5 weeks to agree on a time is a disgrace.

"We remind everyone that we are supporters, not customers. 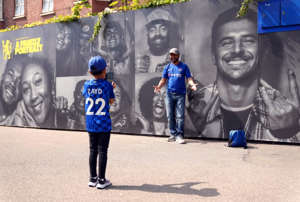 "When this fixture was first announced back in June, all parties were aware that there was a possibility it would have to be moved due to UCL fixture clashes. Not having a comprehensive plan in place is damaging to the sport and its supporters.

"Our message to the broadcasters and Premier League is clear - #SortItOut."

Whether the movement will force a decision out of the bodies is to be seen but the fans have been pretty clear about what they want.